About two weeks before I left for St. Louis a guest speaker, Christine Caine, came to speak at the Rock Anaheim. It was my last Sunday at the home church that we would be planting from. I wasn’t prepared for the timeliness of the message that day, and how even now two months later, the word spoken is just as relevant. The Lord knew I needed to hear that message that day.

In short she talked about possessing the Promised Land. I think when we plan to make any sort of big change, whether its a child, a spouse, or in my case a new city and school system, we have these idealistic perspectives that once we are there, we have arrived. We think that everything is going to be great because this is the thing we have been praying and believing God for. This is our Promised Land! And then, as Christine put it, we face the Jericho wall. To the Israelites who had wandered for 40 years in the Wilderness after 400 years of slavery, crossing that Jordan River must have been a surreal moment. Not quite the same as seeing the Gateway Arch that day two months ago, but you get the idea. And then…they see a wall, a gigantic fortified Jericho Wall. Christine challenged us by asking, “What are you going to do when you face that Jericho Wall?” You stay in the Word, you stay in prayer, you stay in faith, you keep marching! You never know when that wall is going to come down!

Here I am two months later, and I see a gigantic Jericho wall. A wall marked by generational poverty and racism, a wall of an educational system that failed my students leaving many of them at 2nd and 3rd grade level equivalency (“A hypothesis? Who has ever heard such a strange word”), a wall of aggression where you have to fight to get what you want, and a wall that leaves me completely and utterly spent at the end of each day. I start to understand why so many missionaries and first year teachers don’t make it past that first year. They faced the Jericho Wall and high-tailed it back around.

What about me? I’m going to keep marching. Some days that march is filled with victory after victory (a student running into my room completely broken because her uncle is in jail, giving me the opportunity to minister), a student who had an academic breakthrough after being convinced they weren’t smart enough to excel in my class, an open door to invite friends to our new church plant, and a building getting locked in to launch services for the church (PTL!!!). Other days I’m crawling around the wall with my school breaks marked by tears in the dean’s office or on the bathroom floor (yes folks…it happened), or a student threatening another student causing the complete derailment of my class. But at the end of the day…I just keep marching! I march because a wall doesn’t mean I am not in the Promised Land and the blessings and fruitfulness the Lord promised me and my church aren’t right in front of me and around the next bend.

The truth is the Israelites not just faced the Jericho Wall, but seven years of conquest before they settled into the Land they promised. The false belief that arrival in the Land means the struggle isn’t real is what causes so many to give up on spouses, children, or their mission field. That isn’t going to be my story. That isn’t going to mark the Rock St. Louis. We keep marching…that wall will come down!

To learn more about Jenn Burris and keep up with her blog, visit:

December 19, 2015 Minister Sharon W. JonesIntegrity of Heart MinistriesYour God-Given Mission Statement I remember in the mid-90’s when the LORD spoke to my spirit and gave me my personal mission statement in the earth for the New Life He had given me in Christ. I was still working in Corporate America at the time, so the mission statement [...]

Faith Comes by Hearing, NOT by Reading

September 28, 2015 Minister Sharon W. JonesIntegrity of Heart Ministries Romans 10:17 (NKJV) 17 So then faith comes by hearing, and hearing by the word of God. Romans 10:17 reveals to us that we receive faith when we hear the Word of God. According to Scripture, without faith it is impossible to please God. So, it is imperative that we [...]

There's Power In Your Mouth

August 24, 2015Minister Sharon W. JonesIntegrity of Heart Ministries Proverbs 18:21 (AMP) 21 Death and life are in the power of the tongue, and they who indulge in it shall eat the fruit of it [for death or life]. Proverbs 18:21 (MSG) 21 Words kill, words give life; they’re either poison or fruit—you choose. One of the greatest revelations that [...]

It's All About Him

August 9, 2015Minister Sharon W. JonesIntegrity of Heart MinistriesColossians 1:15-16 (NKJV)15 He is the image of the invisible God, the firstborn over all creation.16 For by Him all things were created that are in heaven and that are on earth, visible and invisible, whether thrones or dominions or principalities or powers. All things were created through Him and [...]

Who Do You Resemble?

August 3, 2015Minister Sharon W. JonesIntegrity of Heart Ministries John 14:30 (AMP)30 I will not talk with you much more, for the prince (evil genius, ruler) of the world is coming. And he has no claim on Me. [He has nothing in common with Me; there is nothing in Me that belongs to him, and he has no power [...] 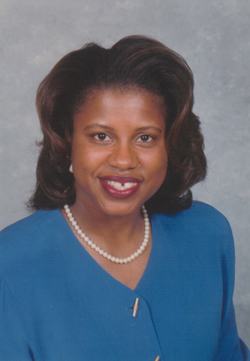 Open My Eyes To See Your Glory